Sign up to get VIP access to sweet deals, active life stories, and styling tips from Gramicci influencers. Discount applied automatically at checkout.

How Gramicci changed everything
with one simple gusset.

Lifelong climber Russ Clune was there at the beginning, climbing with the Stonemasters generation all over the world. Russ witnessed firsthand the revolution in outdoor wear that Gramicci instigated in 1982, sweeping across the USA from California to the eastern seaboard and eventually influencing outdoor clothing and streetwear all over the world.

Here is Clune's story about his journey to discovering Gramicci pants:

The Lycra tight fad hit the Gunks like a contagion in the early 1980s. Lycra's bright colors and patterns were donned by both sexes, not even finding a barrier with age groups or body types, which was an unfortunate side effect. Climbers were trading in their white painter’s pants and tracksuit bottoms for the splashier leggings. The tights did have merit: they were super-stretchy, light, and comfortable. Plus, they certainly stood out in photographs.

In January 1987, I left the ‘Gunks and moved out to Ventura, California. I’d taken a job with Chouinard Equipment, the original climbing hardware company started by Yvon Chouinard, who also started Patagonia. Even in California, Lycra tights were common. Trips out to Joshua Tree on weekends showed the fad to be a country-wide phenomenon. One of the biggest downsides to the tights was showing up in a public place with them on. At best, I’d get curious stares from other patrons of a restaurant. At worst, I’d be asked to leave until I was properly dressed. I’d even almost been turned back at a European border crossing dressed in an especially garish pair. These situations made a quick change into a pair of jeans necessary. That change could be inconvenient and revealing, often occurring in a parking lot someplace. Lycra tights did not go well with underwear.

Right down the road from the Patagonia/Chouinard Equipment headquarters in Ventura was Sole Survivor in Oxnard, run by Mike Graham. Mike started off by importing the popular Fire climbing shoe from Spain and distributing them in the U.S. He then started a small clothing line under the label Gramicci. Most of us at Chouinard were friends with Mike and his small staff there, and when Mike produced his original pants, we were instantly taken. Here was a true solution. I traveled overseas constantly, running the export business for Chouinard. Days often combined getting out to the crags to climb with a lunch or dinner with shop owners, as well as meetings with shop staff. The change from Lycra at the cliff to pants at the shop was never easy. Now, here was a pair of pants with a gusseted crotch, allowing the freedom to move, and a simple nylon strap as a belt that adjusted quickly. They looked good enough to wear in public and they moved with me when I climbed. My Lycra days were over. I had several pairs of Gramicci pants and wore them constantly. I really didn’t
have a need for anything else.

"Now, here was a pair of pants with a gusseted crotch, allowing the freedom to move, and a simple nylon strap as a belt that adjusted quickly. They looked good enough to wear in public and they moved with me when I climbed. My Lycra days were over. I had several pairs of Gramicci pants and wore them constantly. I really didn’t have a need for anything else."

About four years after I’d moved to California, I shifted back to the ‘Gunks to work for the newly started company, Black Diamond. I was happy to be back at my home crag and among my old friends again. I couldn’t help but notice the changed attire as well. Lycra had pretty much run its course; the mainstay pants and shorts at the cliffs were now Gramicci’s user-friendly invention. 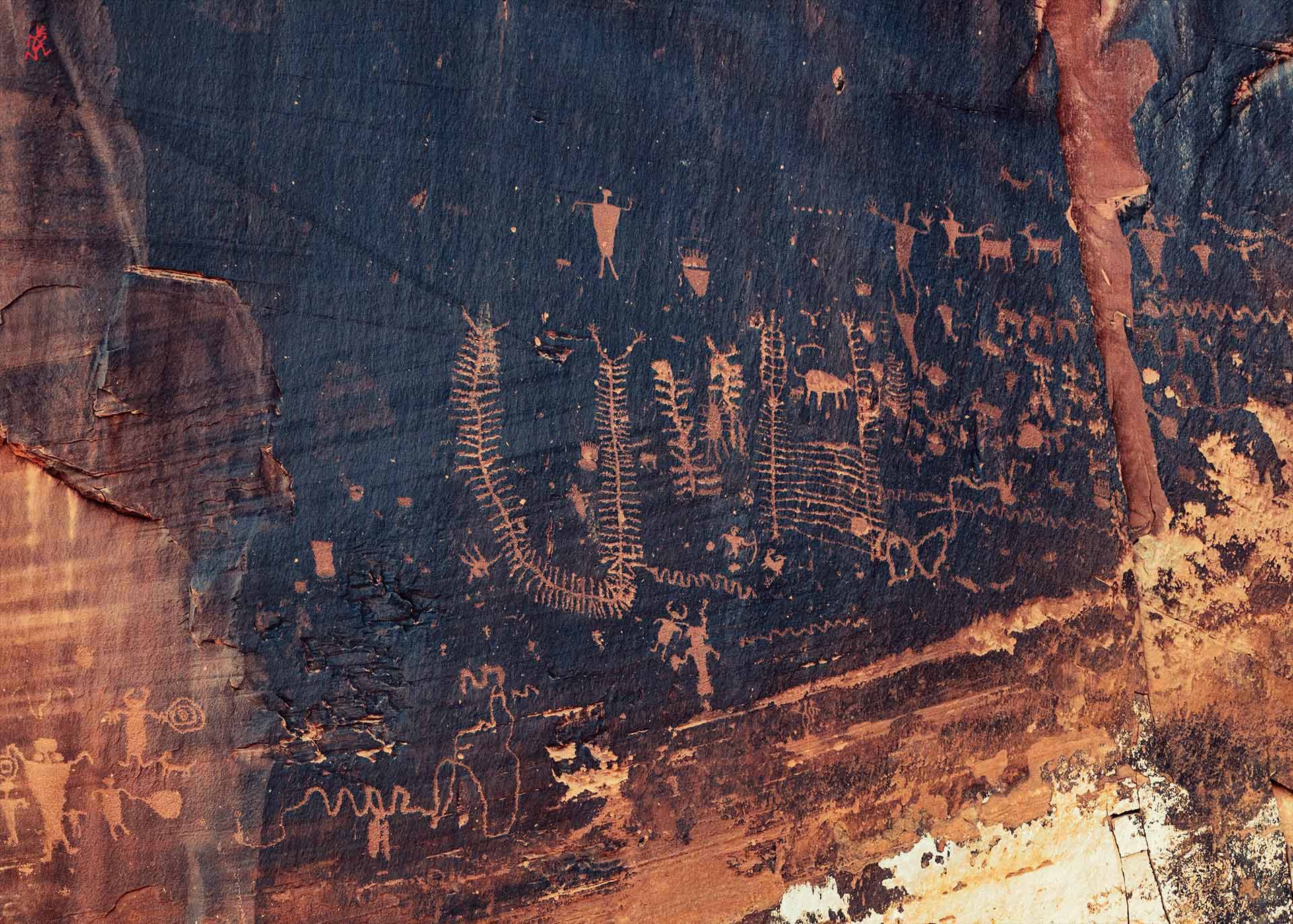 "It was probably as close as we’d ever come to painting a masterpiece, though in reality, it was all already there — we just dusted it off."

Clune shares his story of the time he and his friend Dave made an ancient discovery while rock climbing in Utah:

In Bears Ears National Monument, Dave and I had climbed some four hundred feet, repeating a first ascent that I’d helped establish a year prior, a climb that stitched together some perfect hand cracks with some other delicate cracks and pillars. It was probably as close as we’d ever come to painting a masterpiece, though in reality, it was all already there — we just dusted it off.

This climb took us to the top of a magnificent butte, a place so high and remote we wondered if we were the first people to stand there, to search around this island in the sky. The entirety of Indian Creek was below us as we marveled at our surroundings. 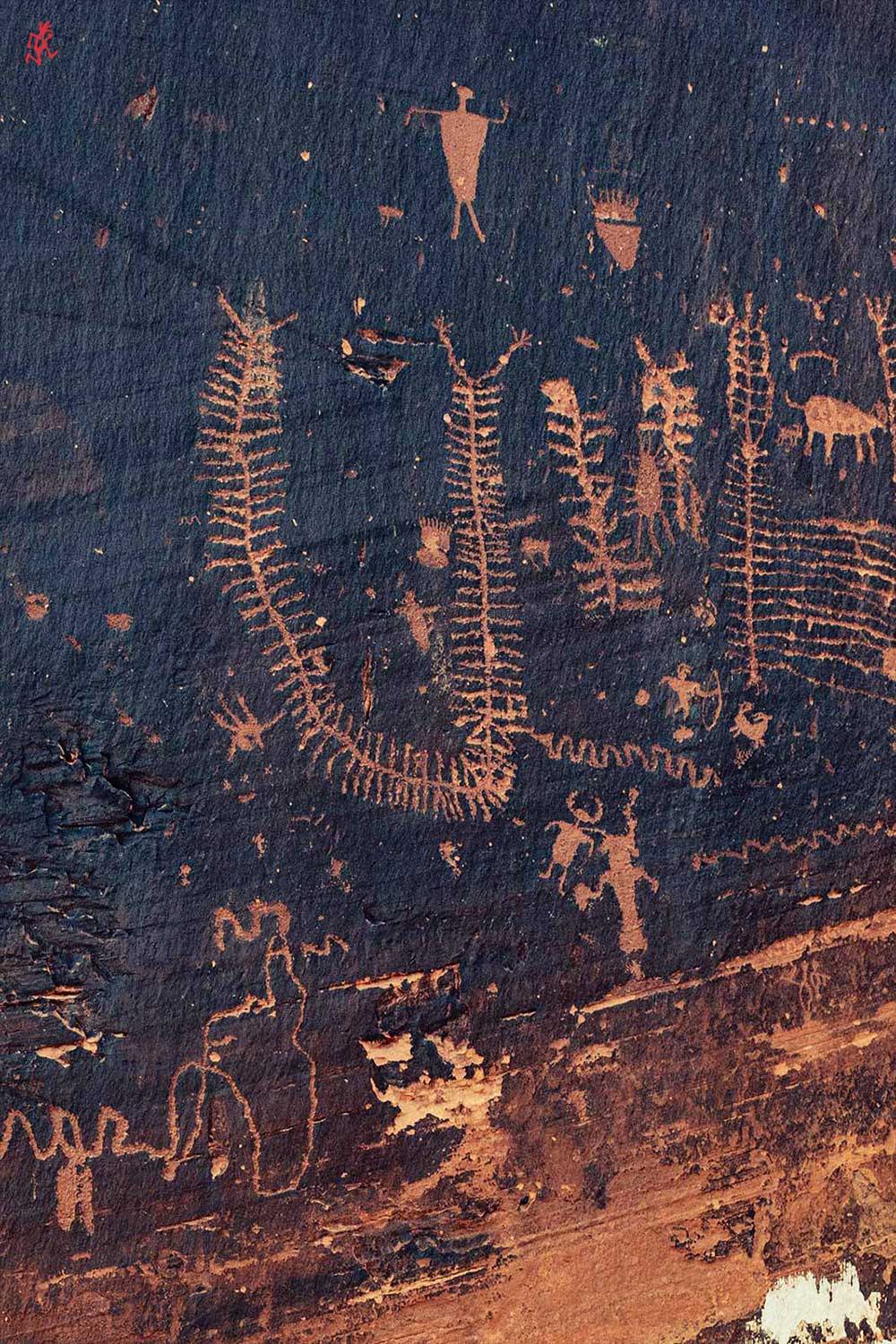 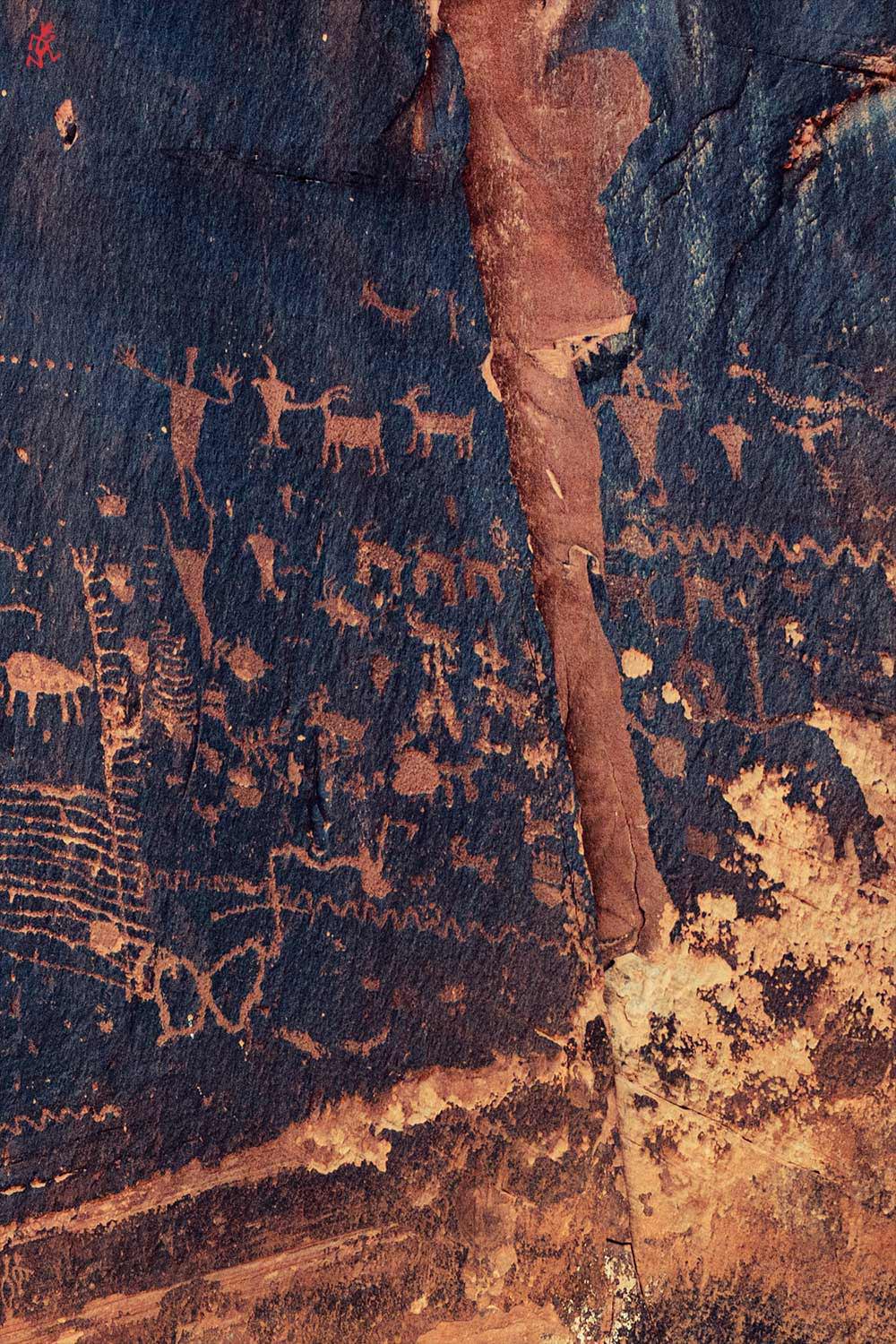 As I looked to the dirt, I noticed a piece of pottery—could it be? It couldn’t be. I looked closer, black-and-white stripes. I looked around to find more and quickly did. This place that, moments ago, seemed so distant and foreign, this was a place where humans had stood a thousand years ago and broke pottery as an offering to the gods.

A tingle went through my entire body as Dave and I realized what we were looking at.

Still, to this day, I haven’t discovered the route that these Ancestral Puebloans took to reach this point. It was improbable and seemingly unreachable.

It was the magic of the desert. 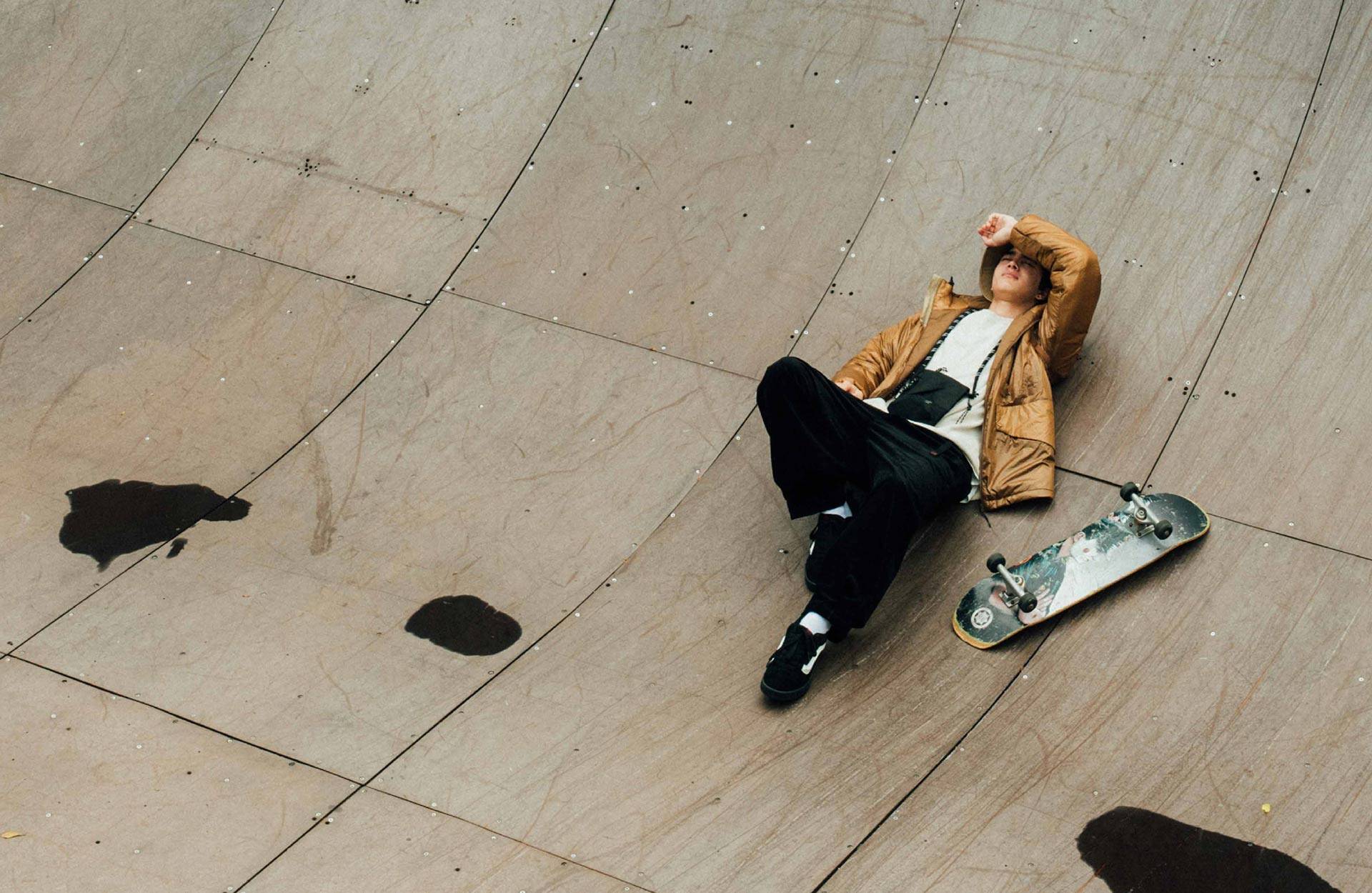 Made from classic Cotton Twill 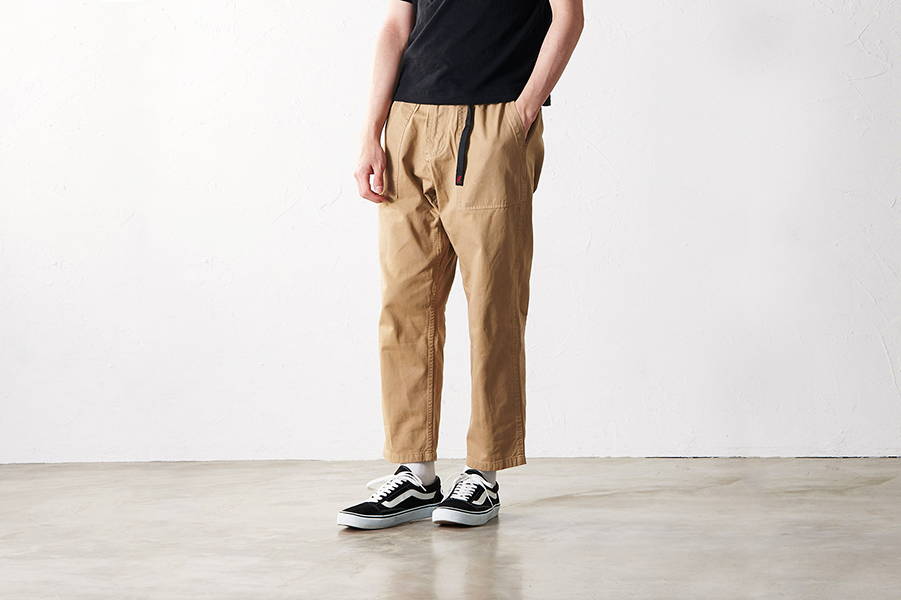 (Free Shipping On Orders Over $99)

This piece features a front left zipper, gusseted crotch, and spacious front seam pockets. Velcro closures at two back welt pockets and elastic waistband with integrated belt. The durable cotton twill pants are high-performance urban pants for men and women washed for a vintage look and soft hand feel. With a low rise and loose fit, these vintage lifestyle pants provide authentic style and breath-ability in a variety of weather conditions for the wearer.

Made from classic Stretch Corduroy 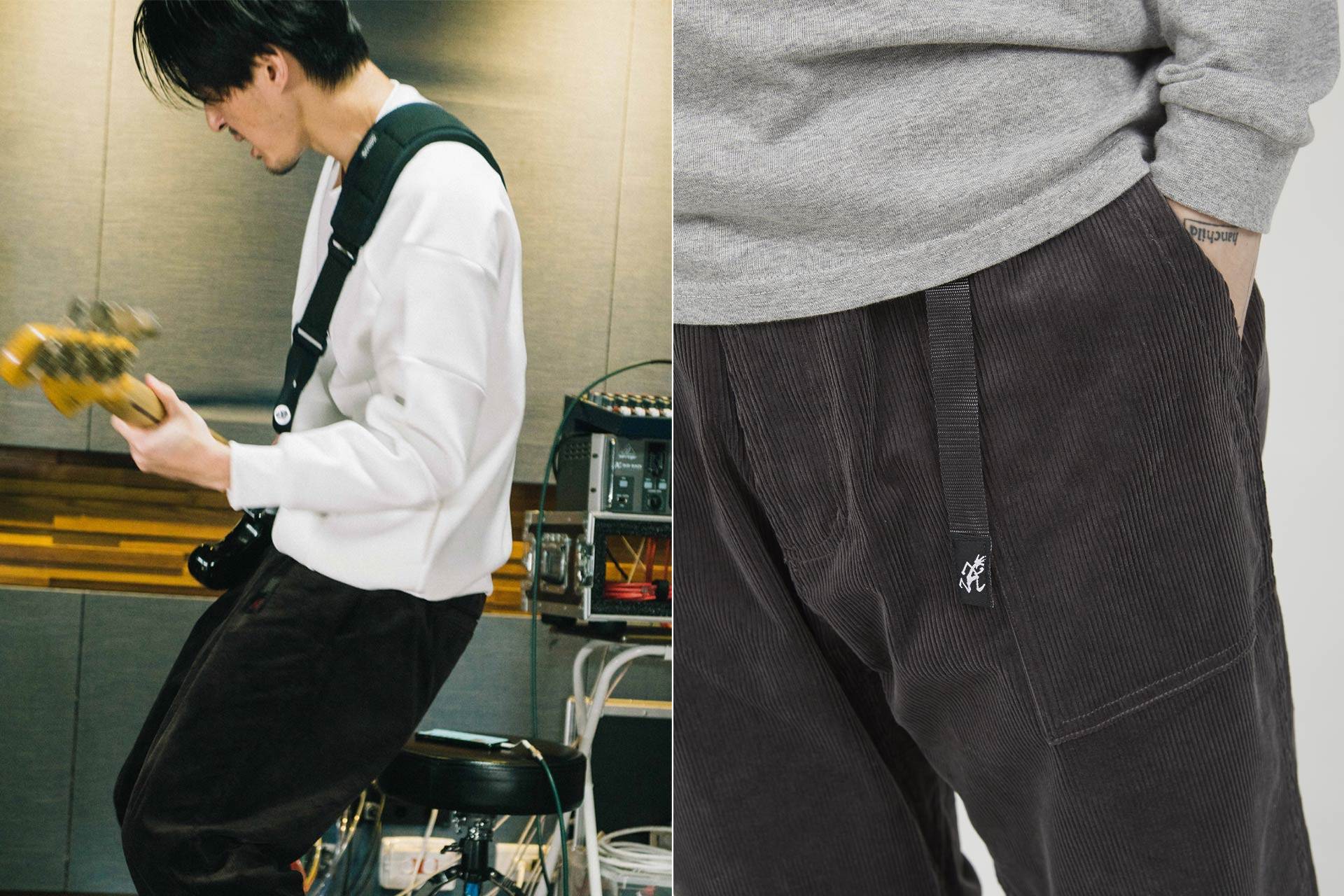 (Free Shipping On Orders Over $99)

Made with premium stretch corduroy, the Loose Tapered Pants features a front left zipper with a gusseted crotch and has a uniquely soft texture. These urban vintage lifestyle pants have two deep front seam pockets and two back welt pockets with an adjustable belt at the waistband to ensure a comfortable, secure fit. The stretch corduroy fabric offers classic comfort and is perfect for the Fall and Winter months. With relaxed contours, these urban pants make them a great fit for modern lifestyles.